from the archives :: {easy as pie}

You may have had your fill of pies this Thanksgiving, but I thought I'd share this with you anyway. Enjoy!
*****
Apple Pie, that is!
Today I thought I'd share my "famous" apple pie recipe with y'all. It may only be famous with the people at my church, but I think it's still pretty good. And it's easy. Which makes it all the better!
When I first started baking pies, I jumped around to several different recipes. They were all pretty simple...but I kept losing the one I had used before and having to find a new one. Pretty pathetic, huh? This recipe (that I've actually hung on to) is kind of a revised version of one I found in the 12th edition Fannie Farmer cookbook. If you cared to know.
Moving on now...
The main thing I do when I make pies is cheat: 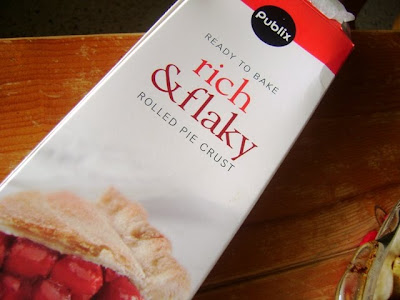 Yep, I use the pre-made stuff. And I haven't ever noticed a difference, so it must be pretty good. I've also started pre-baking the bottom crust, because I found that otherwise, it could be pretty raw underneath all the apple goodness. So, to start off, preheat your oven to 425 degrees. Roll out the pie crust in your pie pan (8 or 9 inches), and pop it in the oven for about 10 minutes. Be sure to check on it fairly frequently to prevent burning. When it's lightly browned, take it out and leave it to cool while you move on to the filling. 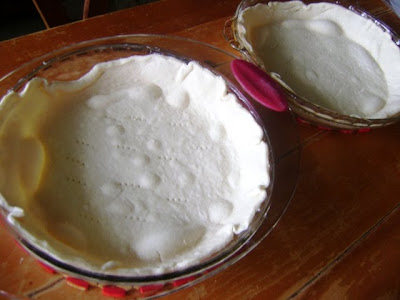 Even though you pricked holes in the crust, they still might get a little bubbly. Don't worry, it's pretty easy to push the air out with a fork/spoon. Just be careful not to tear a hole in the crust! It doesn't have to be too pretty, cause it will be hidden by the filling. 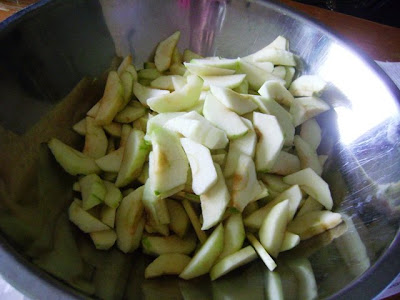 Next, take 7 or 8 large, tart apples and peel, core and slice them. You can use and apple peeler/corer gadget, or just a good old fashioned knife. Whatever you have handy. 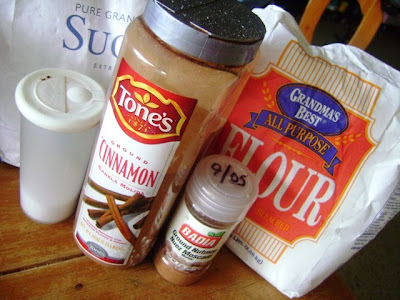 Now for the sugar and spice mixture. You'll need:
Use a seperate, smallish bowl and mix all of that together. 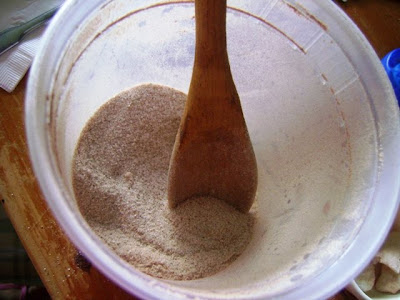 Then pour that mixture over the apples, mixing as you go. You may not need all of the sugar/spice mixture, depending on how you like it. 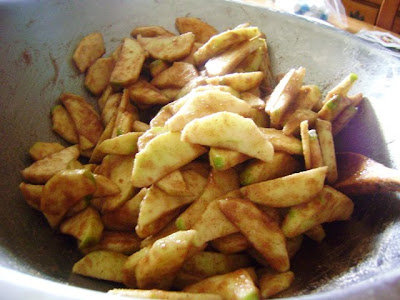 Now pour the apple mixture into the pre-baked pie crust. If you like, you can also soften 2 Tbsp. of butter to dot all over it (before you put the top crust on).
How you do the top crust is perfectly up to you. You can just unroll it, place it over the apples, pinch the edges, cut some holes (decorative, perhaps?), and bake it that way. For apple pies, I usually do a woven top. 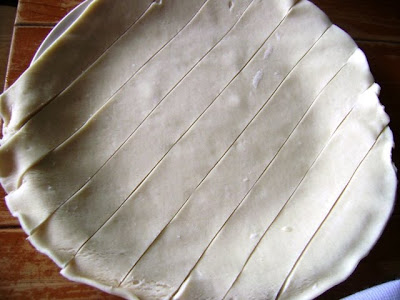 If you prefer a woven top, unroll the crust onto a large plate and cut it into similarly sized strips. Then lay over the top of the pie in different directions to give it that woven look. 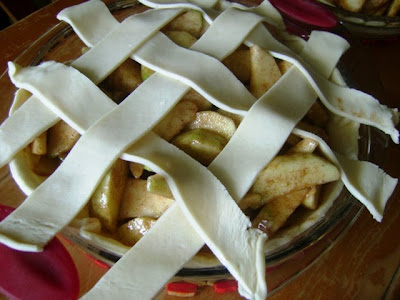 Trim the edges and pinch it together.
Now all you have to do is bake! Bake it at 425 degrees for 10 minutes, then lower the temperature to 350 degrees and continue baking for 30-40 minutes. Be sure to keep an eye on it; it's done when the apples are tender and the crust lightly browned. The edges of the crust sometimes tend to burn, so be careful!
You know the only thing I forgot? To take a picture of the finished pie. Whoops!
But it's as easy as that. If you have any questions, let me know!
Now it's your turn; do you have any easy recipes you love to make? It doesn't have to be a dessert. Tell me about it, I'd love to hear it!

Labels: i made it, inspiration, re-post, recipes

i was just thinking to make apple pie sometime soon. thanks for this recipe! i'm def going to use it!!!

and i don't blame you for NOT having a picture of the finished pie. sometimes its too hard to wait!

That sounds absolutely amazing! I had a pumpkin dip yesterday that was amazing...I'm trying to get the recipe!

What a great recipe - can you believe that I was looking for one? Thanks so much!

I love makng my grandmas apple pie! quite similar to your recipe! Aren't those apples with the cinnammon mixture delicious? i sneak a few before I bake them every time!

um YUMMMY! thanks for the recipe!